Montgomery County Executive Douglas M. Duncan today announced that Wheaton has been designated by the State of Maryland as an Arts and Entertainment District, joining Silver Spring and Bethesda as the third district in Montgomery County to receive the distinction.

“I’m delighted that Wheaton has been named an Arts and Entertainment District,” said Duncan. “I have made the revitalization of Wheaton a priority of my administration, and this designation is a very important piece of that project. This is a well-deserved honor for Wheaton, especially given its diverse mix of ethnic restaurants, expanding arts community and, of course, the world-renowned Chuck Levin’s Washington Music Center.”

The Arts and Entertainment District designation provides artists working in that area with an income tax break. Developers who create spaces for artists to live and work can be exempt from paying certain property taxes on the value of the renovations for up to 10 years. Designated districts are exempt from admissions and amusement taxes.

Montgomery County’s Ad Hoc Arts and Entertainment District Advisory Panel, chaired by David Edgerley, director of the Department of Economic Development, held a public hearing in July and approved forwarding the Wheaton application to the State. The application, which was submitted to the Maryland Department of Business and Economic Development in early October, cited Wheaton’s strategic location, cultural diversity, exceptional accessibility and affordability. The six-member County Executive-appointed Arts and Entertainment Task Force, which includes representatives of the downtown’s business and residential community, and an Arts Network group of more than 70 members, have been set up to identify local arts and entertainment resources and develop ideas to enhance the downtown’s arts base.

“One of our major goals for Wheaton is to revitalize and redevelop this unique commercial center into a 24/7 downtown destination. It will be a place people and businesses from all cultures and areas come together in a festive, friendly, safe and inclusive environment to enjoy arts and entertainment, specialty retail, ethnic restaurants and Wheaton’s other amenities,” said Midcounty Regional Services Center Director Natalie Cantor. “The State’s designation of Wheaton as an Arts and Entertainment District will help us accomplish this important goal. We look forward to welcoming new artists and entertainers, to a downtown already recognized for its one-of-a-kind atmosphere.” 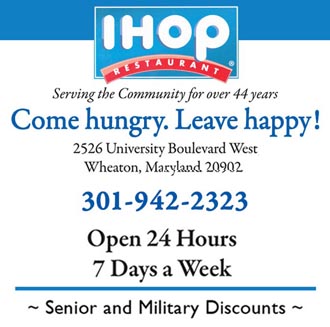